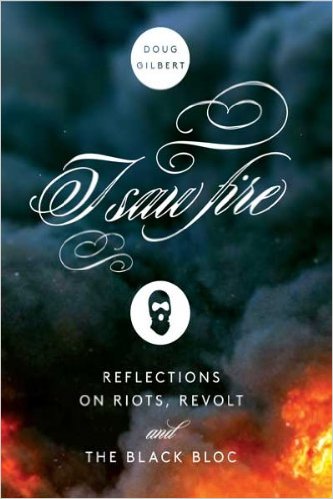 In a period of global unrest that topples governments and calls into question the capitalist system, no one has been more demonized by both the State and the official Left than the anarchists and their use of the 'black bloc.' Yet, from the streets of Egypt to the plazas of Brazil, the tactic is growing in popularity. From behind the balaclava, Doug Gilbert discusses riots and revolt from the teargas filled streets of Oakland, California during the Occupy movement to Phoenix, Arizona facing down Neo-Nazi skinheads. Discussing violence, social change, and organization at length, Gilbert examines why many young people are turning away from the organizations which have historically sold-out the working class—and starting a riot of their own.

“When things do pop off, there will always be groups and individuals ready with a wet blanket to put out the fires before they spread. The State will always have one hand ready to smash and the other open to dialogue. There will always be those on the side-lines screaming “violence!” as a way of distraction. As we go through these events from the Student Movement, Occupy, and anti-fascist actions, hopefully we can learn from both ideological and practical clashes and prepare for the battles yet to arrive.”

Uploaded by resonanceananarchistaudiodistro on March 7, 2016